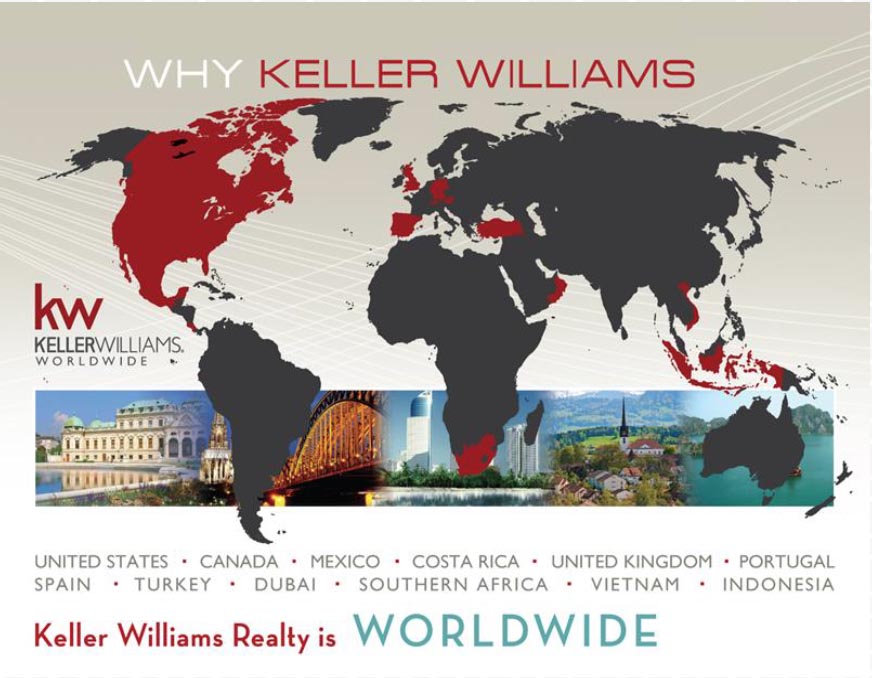 the world’s largest real estate franchise by agent count, has more than doubled its number of international agents, adding 1,900 new agents in 2016. Outside of the U.S. and Canada, the franchise is now home to 3,345 agents across the 23 countries and regions it has awarded master franchise agreements to date.


In 2016, agent count growth was pronounced in key regions. Keller Williams’ franchise in Portugal has grown to 1,059 agents since its 2014 launch. KW Southern Africa now has 900 agents. KW Mexico and KW Turkey both surpassed the 600 agent mark, each up twofold to close out last year.

“We’re extremely proud of our momentous agent count gains worldwide,? said William E. Soteroff, president, Keller Williams Worldwide, the international division of Keller Williams. “And, our newest franchises in France, Poland, Nicaragua and Israel are standing up offices and attracting agents to the brand at a record clip.”

Marsh currently serves as the CEO of the St. Ann, Jamaica-based Meldam Realty, which will rebrand into a Keller Williams franchise. Nine real estate professionals will initially make the transition into KW Jamaica.

Along with a strong team of business and investment principals, Marsh will oversee the implementation and expansion of Keller Williams’ proven systems, models and agent-centric culture. The Millionaire Real Estate Agent written by Gary Keller has served as Meldam Realty’s training manual since 2011.

“The Keller Williams culture of caring for agents and extensive training is well known. When considering expansion, the Keller Williams model was the most attractive,? said Marsh. “The models and systems will help to assist the modernization and transparency in the Jamaican real estate market.”

Marsh is a Realtors Association of Jamaica member and recently won the St. Ann Chamber of Commerce’s Young Entrepreneur Award.

More than 60 real estate professionals are expected to become a part of KW Puerto Rico with the rebrand. Grand Homes Real Estate currently specializes in the sale and lease of residential and commercial properties in country.

“We offer the best coaching and training for our agents so they can offer the best services to buyers and sellers,” said Soto. “In deciding on Keller Williams, we wanted a brand that worked well with what we have now.”

“We are so much alike. Keller Williams is very transparent; it’s a great fit to bring together two respected brands and the franchise will offer great opportunities for expansion,” said Soto.

“In business development conversations, our focus remains solely on choosing the right people to lead Keller Williams’ franchises worldwide. On average, we spend more than eight months in extensive training before officially launching a franchise. It is a complex process for a reason as each new leader becomes the standard-bearer in their country,” said Soteroff.

The core criteria for new franchises starts with having a qualified leadership team grounded in Keller Williams culture; the company also strives for government, banking and judicial system stability and a higher maturity level for a real estate market.

Since 1983, Keller Williams has grown exponentially and continues to cultivate an agent-centric, education-based, technology-driven culture that rewards agents as stakeholders. The company also provides specialized agents in luxury homes, commercial and farm and ranch properties. For more information, visit kw.com and kwworldwide.com.

We're always available to help out, get in touch with us any time, or shoot us an email.

Thank you for contacting us, we'll get back to you shortly.

Sorry, we are unable to send your message at the moment. Please try again later.